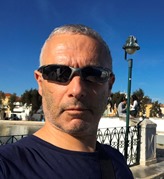 Thanks for visiting this page. I have thought long and hard about what to say here and on the basis that there may be some people out there interested in knowing a bit more about how a business like Choices develops and grows, I have decided to try and give an insight into the challenges we have had to face and the lessons we have had to learn in order to get this far.

Over the years I have realized that there are three stages in the development of a business (or a person for that matter). Let’s call the first stage ‘Starry eyed enthusiasm’. This stage is characterized by boundless energy, passionate commitment and evangelical zeal. Of course along with these very positive traits you also have to mix in naivety, inexperience and a certain lack of realism!

Nevertheless, this temporary phase is a pleasant and productive one, often characterized by dramatic results, fast progress and inevitably a fair number of mistakes. In an attempt to learn from these mistakes, research is done, study undertaken and procedures implemented; the unfortunate result of which is results decline, energy wanes. You then enter the second stage of development which we will call ‘sophisticated confusion’.

‘Sophisticated confusion’ is the stage at which most people and businesses tend to lose their way, often never to find it again. No longer buoyed up by an endless supply of energy provided by ‘starry eyed enthusiasm’ the business starts to lose its way and the wood disappears behind the trees. This stage is characterized by frustration, cynicism and self doubt and explains why so many businesses do not sustain their fast start.

Getting out of the ‘Sophisticated confusion’ phase is not easy and it requires the ability to stand back and examine what you are doing, where you are going and how you are going to get there in a balanced objective way. It requires acceptance that ‘there is nothing new under the sun’ and the will to resist the urge to reinvent the wheel. It also requires the grit and resolve to keep going even when things are tough. Persistence is the single most important trait you need to make it through.

No matter how dark, the clouds always part if you persist and when they do, it will be because you have come to terms with and accepted ‘the basics’ as they apply to your business. Then and only then can you enter the third stage of development which we will call ‘Mature simplicity’. If you ever get a business that has reached this stage you will know it straight away because it will offer you an exceptional level of service on a consistent basis, no matter how hard or technical the product or service. Businesses in the mature simplicity stage make their jobs look easy!

I founded Choices in 1989 and I have to say it sometimes feels like I have been in and out of these three stages on a regular basis ever since! However, I have tried to accept these principals while at the same time injecting innovation and reform into the business. Let me give you a few examples of what I mean. The thing that brought me into estate agency was the belief that I had to be able to do a better job than the apathetic, infuriating and supercilious agents I had the misfortune of having dealt with myself when buying and selling property. With experience I now know that there is a big difference between criticizing an existing business and actually improving it. Nevertheless that is what I set out to do.

Initially I believed that the biggest problem with the sales market came as a result of uncommitted sellers who would market their properties ‘no sale no fee’ and in many cases pull out of a sale at the last moment having paid nothing. I believed that this lack of commitment lead to resentment and suspicion on the part of their agents who were fronting marketing costs, and resentment and suspicion are hardly the right cornerstones on which to build a good relationship! To ‘fix’ the problem I started our home sales service on the basis that we would charge an upfront fee of ₤350 plus vat and a reduced commission of 0.5% (this later went up to 1% but the principal remained the same). I even came up with a formula to explain why this was a better approach than ‘No Sale No Fee’ – it went ‘Commitment + Incentive=Effectiveness’.

Sure enough, we gained over 8000 instructions using this method and just as I predicted, because we had serious sellers our fall through rate went down considerably, our clients ended up saving money and everyone lived happily ever after! Well unfortunately not exactly, because we started in 1989 at the very beginning of the worst housing market downturn since the war and the numbers of properties coming to the market fell steadily.

Proudly ranking in the Simply Business Property 100: the top influencers in the UK property world

Whilst our proposition appealed to some sellers, it did not appeal to everyone and as people became more cynical and more disillusioned with the market, it became more difficult to get enough instructions and I felt I had to try something different. However, I could not revert to traditional ‘No Sale No Fee’ because I fundamentally disagreed with using ‘Sole Agency Agreements’ which are of course the sting in the tail. Sole agency agreements are abhorrent to me because they allow an agent to charge a commission even if another agent sells the property, and even if the agent with the sole agency agreement has done nothing at all.

I therefore launched our ‘Total Freedom Guarantee’ which changed ‘No Sale No Fee’ to something where the onus was on us to under promise and over deliver rather than vice versa. This system served us well from 1995 until 2007 when we hit the next big property market downturn and once again I had to re-evaluate our position.

In the meantime two things had happened. Firstly, we started getting serious about lettings in 1995. We launched our famous 5% + vat full management for six months special offer as well as putting more resources and creativity into our lettings. This is an initiative that is on-going, and has become the bedrock of the business, allowing us to continue to develop my other ideas! That is not to say I could completely isolate lettings from my creative input and in 2007 I had the idea for the ‘Primary Tenancy’, an approach that makes Choices the primary tenant and instead of earning a fee we make a profit from the rent by subletting. The cost to the landlord is similar but there are real advantages to this approach for the landlord in terms of security and simplicity, especially in view of the ever increasing bureaucracy and regulations imposed on landlords.

Secondly, Choices Acquisitions. From about 1995 to 2001 I built up a Buy to Let portfolio, and I spotted very early on how the Assured Shorthold Tenancy would restructure the property market. I still believe that buying property in 1995 was the single best money making opportunity I have ever seen. However by 2003, being a conservative sort of person, I was beginning to think that property was looking a bit toppy so I started looking for sources of better value. Property auctions were the obvious place to start but I was amazed at the lack of coherent information both in terms of what lots were coming to the market, and advice and help for a beginner to the auction scene.

These observations lead to the creation of Choices Acquisitions, initially as an auction information service which has gradually developed into a full Property Investment service offering our members directly sourced below market value properties. There have been many (often scurrilous) entrants into this market since 2003 but I am proud to have been the first major player and to have survived the hype by offering a down to earth proposition which has lasted the test of time and continues to grow and develop (at time of writing we have passed 16000 members) even in these uncertain times.

So back to Home Sales, my Bête Noir! My response to the downturn of 2007 was to virtually withdraw from the Home Sales market because to have tried to continue as we were would have lead to huge losses. Home Sales has always been a high cost business and we were barely making it pay during the good times, so I knew that when the bubble burst, to try and support the existing operation would have been futile. At the time we had 43 people in Home Sales, we transferred most of them into other departments and left a skeleton staff in place to maintain a presence in the market.

Then in late 2008 I had another bright idea/epiphany/revelation! By now my loyal team were used to the look on my face when something like this happened and I could sense that sometimes, just sometimes mind you they wished I could leave well alone! My idea, was to completely change the way in which we charge for Home Sales, switching from the seller to the buyer by creating a Buyers Agency. What I realized was that doing so would have significant advantages for both sides. From the sellers point of view the advantages are a bit obvious in that the service would be free but that is not where it ends. By becoming the buyers agent we were able to ask for a non-refundable reservation fee from the buyer when the sale is agreed which means more serious buyers and less fall throughs. From the buyer point of view, by offering a free service to the seller we would be able to offer a greater selection of property and by increasing the credibility of their offer (the reservation fee) they would be less likely to be gazumped.

Once again though this novel approach, despite its benefits over the conventional approach, has not proven to be a game changer and so my ‘Facebook’ moment for Home Sales still eludes me! What I have learned is that we are in a people’s business and that our people are 80% of what makes us successful and all my ideas and creativity at best contribute the other 20%. I have also learned that when building a business you need Ideas, Structure and People. In an ideal world you would set up your business in that order but in reality what normally happens is that these steps get addressed in the order of Ideas, People, and then Structure, which gets shoehorned in along the way. This is a bit inevitable as structure tends to evolve with experience which helps to explain all the mistakes we make along the way.

It is cathartic for me to put down in writing the journey I have been on and am still on and it is one of the perks of being the Chairman that I can indulge myself in this way! If you get the time please take a look at our propositions for home sales, lettings and property investment and decide for yourself if you think my tenacity has been worth it. One thing I can promise you is that our services will continue to evolve and develop, just as the market continues to evolve and develop and that as usual, I will be looking for ways of giving Choices, our people and our customers the edge over the competition.

Tweets by @SimonShinerock
Free Online Valuation
We use cookies to give you the best possible experience on our site. By continuing to use the site you agree to our use of cookies.Accept Read More
Privacy & Cookies Policy